Who Were The Earliest Inhabitants of Southern Illinois? 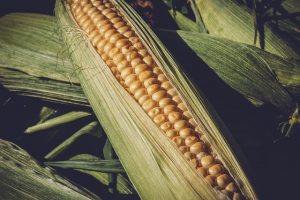 A couple of years ago, an old village dating back to the 1100s was discovered in Central Illinois by college students in the middle of a corn field, causing a wave of historical interest in the region. They found arrowheads, fragments of pottery, and tools. The college students went back home to clean the newly discovered artifacts in order to learn as much as they could, but it begs the question: when did Native Americans first inhabit the Southern Illinois region? Surely it was earlier than the 1100s.

In fact, scientists believe the earliest settlers drifted into Southern Illinois as early as 12,000 BC. Although they may have utilized primitive agriculture to survive, they mostly followed a hunter-gatherer lifestyle. By 1000 AD, they had settled the region permanently. Agriculture had developed extensively over the millennia, and the more sustainable form of living gave them the option to form a much bigger society. So that’s what they did.

Although we mostly think of Native American societies as small, roving bands of tribes, the cities that sprang up in Southern Illinois were most likely populated by thousands upon thousands of people. The leaders of this evolving society inhabited the Mississippi and Ohio River valleys, and would use thousands of workers to build huge conical mounds that would be used in conjunction with spiritual ceremony.

Cahokia Mounds State Historic Site provides a glimpse at this amazing bit of history, located in Collinsville. This site was a center for commerce in the region, and it was home to the largest prehistoric earthworks anywhere in the Americas. The society that built them disappeared before the first European settlers had a chance to interfere.

When the culture responsible for these impressive feats finally disintegrated, the remaining tribes populated the region we all know and love so well. This event took place by 1500 AD. These aren’t the same Native Americans who thrived there for so long. The new tribes spoke Algonquian, and likely moved there from the east. We learn about them through the artifacts they left behind: burial sites, campfires, weapons, pottery, etc.

Some tribes even built impressive stone forts. One of the remaining forts can be visited in Giant City State Park.

European settlers didn’t reach Illinois until around 1673, when the French arrived from Quebec. These first explorers were the ones who named the region Illinois!