What Is The Tunnel Hill State Trail? 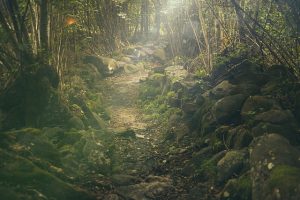 There is a very popular bicycle trail that is near the city of Vienna in Illinois. It is called the Tunnel Hill State Trail. It allows people riding to go from Harrisburg all the way to Karnak in Illinois. It runs along an area where the Cairo and Vincennes Railroad was operating. This is a trail that also connects to many other trails including the River to River Trail and the Trail of Tears. It extends 45 miles, and is used by both those on bicycles and hikers. It has a crushed limestone surface that is hardpacked and easy to ride or walk on. There are a couple of places that you can get full service access to restaurants and lodging, specifically at Harrisburg and Vienna. There is not much on the trail, but if you are looking for an extensive hike to test you, or you would like to go on a day long bike ride, this would be an excellent place to have this experience.

When Was This First Constructed?

This was initially constructed back in the 19th century. Federal land was given for the purpose of constructing a railroad. Over the years, the railroad changed hands, and eventually led to the construction of this trail. Although railroad right of way was once given again in 1991, operations were abandoned. It was then that the Illinois DNR took over, using the railroad ballast as a trail for cyclists, joggers and hikers.

What Can You Do On The Trail?

Due to the length of the trail, with very little in between, it is something that only experienced hikers should attempt. 45 miles is quite a long way to cover in a single day, even if you are jogging or riding your bike. Therefore, if you would like to see the countryside in between Harrisburg and Karnak, this would be a fantastic way to see the countryside. There are no camping facilities, so make sure that you travel with your camping supplies.