The Trail of Tears State Forest 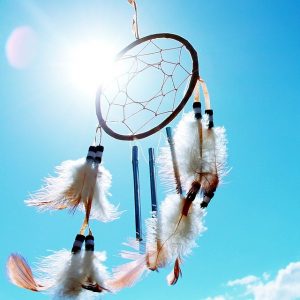 The Trail of Tears Forest is part of the Illinois State Forest System that was designed to serve several important functions. This multiple use sight is carefully cultivated for its protection of the watershed, wildlife and ecosystem. It is also an important source of timber and a great spot for recreational activities as well.

The Trail of Tears forest covers over 5,000 acres of the southern section of the Ozark hills. This is one of the roughest patches of land in Illinois. The topography of this region is like nothing else on Earth. Being composed of mostly chert and shallow soils, these hills have been carved by erosion and the ridge tops are narrow and the ravines very steep. The hills are sprinkled with clear water streams and rivers that provide moisture for the small forests that are nestled in the valleys.

This region of the country has been inhabited by humans since the prehistoric times. While most of the major settlements were located near the Mississippi or Clear Creek, the Ozark hills and Trail of Tears forest were an important supply of food, tools and resources for many groups of people living in this region.

Iron Mountain is just east of Trail of Tears forest and was mined repeatedly for its rich supply of chert used in the making of many different tools. By the time European settlers arrived in the early 1800s, the Native American populations were categorically pushed from their lands without a personal injury attorney. In the Winter of 1838 – 39, the US Army arrived on the scene to force the Creek, Chickasaw and Cherokee from these gold-laden hills and into the Oklahoma Territories.

They wintered in camps along where the Trail of Tears Forest is located. The bitter cold, harsh treatment and starvation claimed many lives and the ordeal became known as the Trail of Tears. The name of the forest commemorates this atrocity today.

If you are interested in the history of the Trail of Tears, the video below does a great job providing a great amount of detail in a short amount of time: