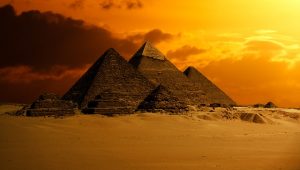 Known as Little Egypt, the southern third of Illinois is located in area code 618. It is separate from the rest of the state geographically as well as culturally and even economically. As a part of the downstate area, it’s bordered on three of the four sides by voluminous rivers named Wabash and Ohio rivers to the east and the south. The Mississippi connects it to the West.

Populated by 44,478 persons, the principal cities of the region include Alton, Collinsville, Centralia, and Edwardsville as well as Effingham and O’Fallon. Mt. Vernon, Marion, and even Carbondale are the main areas of the South Illinois University and located here as well.

Residents enjoy amenities in both St. Louis and Cape Girardeau Missouri. They also travel to Memphis Tennessee and Evansville Indiana. Home to the Scott Air Force Base, a major military installation, many military families reside here as well.

With a population of 1.2 million mostly residing in rural towns and cities, they are separated by an extensive amount of farmland and the Shawnee National Forest. The density of the population is in the Metro-East area that is the partially industrialized area of the Illinois region of the St. Louis Metro area as well as the Carbondale-Marion-heron area.

Originally settled by European settlers from France, they called the area Little Egypt. Settlers would migrate from the Upland South area and traveled by the Ohio River. At one time they were affiliated with the southern agricultural rural and economic culture.

Many of the original settlers owned slaves before slavery was outlawed for the area. The economy was based on coal mining except for the areas that were farmland.

Originally the region was inhabited by Hunters-Gatherers in 12,000 BC and the region has thrived on farming for centuries. Today, farming continues as a source of income for some of the population.