Who Are The Southern Illinois Miners? 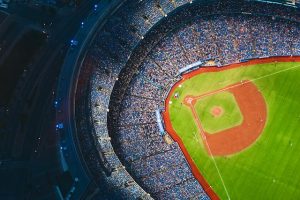 Based out of Marion, Illinois, the Miners are a popular local baseball team that are a part of the independent Frontier League. They are considered a professional team, though some would call them semi-professional, and are independent of Major League baseball as well as the AAA, AA, and single A minor league system. The Miners play in the West Division of the league.

Popular Local Team
Marion had hosted a professional team once before, but over half a century ago all the way back in 1948. The love for baseball has never faded, however, and the formation of the Miners in 2007 was the town’s solution as they joined the Frontier League after being rejected by the Midwest League.

The Miners call Rent One Park home, and since their inauguration have quickly become remarkable competitive. In their first year they set a Frontier League record for average fans per game, and just a year later in 2008 would make their first play-off appearance as they broke their own attendance record.

Very Competitive Team
The 2010 season would see them getting the best record in the league (64-32) which also includes a remarkable 20 game winning streak, a league record. They would win their first play-off series but lose later on, leaving the pursuit of a championship as a goal that is still on the table.

However just two years later the Miners would bring home the championship to the always loyal local fans. This is following years of massive success that would lead to frustrating defeats in the play-offs, and capped off a very nice story of a small Illinois community that loved professional baseball and once again wanted a team that they could call their own.

With this type of support, there is little doubt that the Miners will continue to thrive and stay active in Marion.