Who Are The Southern Illinois Edwardsville Cougars? 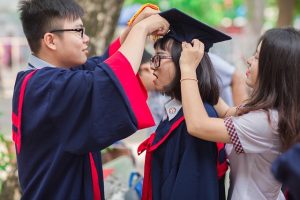 SIU Edwardsville is a part of the Southern Illinois University System. The university is located in Edwardsville, IL which is about 20 miles outside St. Louis, MO. The university first opened in 1957 in answer to a growing need for a four-year college in the Illinois Metro East area. The current campus opened in 1965 and features a College of Arts and Sciences and Schools of Education, Business, and Science and Technology. There are also Schools of Nursing, Engineering, Pharmacy, and Dentistry.

The SIU Edwardsville Cougars represent the athletic teams for the university. They compete in Division I of the NCAA and are a member of the Ohio Valley Conference. Eddie the Cougar #57 is the SIUE mascot and the team colors are red and white.

SIUE has eight women’s and eight men’s teams that are NCAA-sanctioned. SIUE men’s soccer is part of the Mid-American Conference as an affiliate member and wrestling will move to the Mid-American Conference in 2018. The university has baseball, both men’s and women’s basketball, cross country, track and field, golf, men and women’s soccer, softball, volleyball, tennis, and wrestling teams. SIUE Cougar teams have won 17 NCAA national championships in 5 sports.

Lukas Athletics Annex opened in 2012 and houses all offices for the athletics department. The VC is also home to the university’s School of Education’s Departments of Health Education and Kinesiology.

In 1994, Bob Guelker Field and Korte Stadium opened and currently serve the women and men’s track and field and soccer teams. Cougar baseball takes place at Simmons Baseball Complex and Cougar Field is home to the university’s softball team.