What Were The New Madrid Earthquakes In The United States? 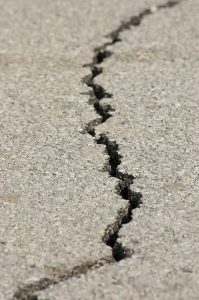 The New Madrid Earthquakes were a series of 3 quakes that took place between 1811 and 1812 and are still considered to be among the largest that have taken place in the United States. The first quake struck New Madrid (then the largest settlement along the Mississippi) at 2:15 am on 16 December 1811 and was felt throughout the Eastern United States. The quake was estimated at a magnitude of 7.5.

The aftershock hit 5 hours later and at an approximate magnitude of 7.0, it was almost as severe as the first quake. It was less easy to determine the magnitude of the 3rd quake which struck the area on 23rd January 1812 as there were less observers to deliver accounts of the event.

The last quake took place on the 7th of February and was estimated to be of a similar magnitude as the first quake at 7.5. The main difficulty with determining the magnitude of these quakes is that there were no seismographs on the continent at the time. Estimates are largely based on witness accounts and the damage that was caused.

However, due to the fact that few buildings existed at the time and structures mainly consisted of wood and other natural materials, damage was considered to be minimal. Only one person was killed during the series of New Madrid Earthquakes.

Some significant and permanent changes to the landscape of the area took place as a direct result of the quakes. The most important of which is the formation of the Reelfoot Lake that was due to a large area of subsidence in the region of 1.8 and 6 meters.

Although the aftershocks of the 2nd and 3rd quakes are not considered to be as significant as the one following the 1st quake, they too were of great magnitude.