The History Of The Shawneetown Bank State Historic Site

The Bank of Illinois first opened in 1841. This was a time when banks were allowed to print their own money for their clients. This printed paper money was commonly known as a bank note and its value was supported with gold and silver kept on site. That gold was stored in the bank’s large vault. Clients would enter the Bank of Illinois, present their bank note, and receive its equivalent in gold or silver if they chose. 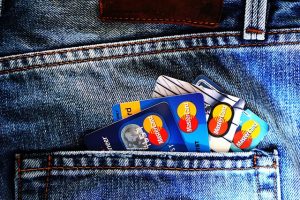 Today, that Bank of Illinois is known as the Shawneetown Bank State Historic Site. The bank’s operations barely lasted a single year. This was because banks at the time found it very difficult to support the bank note currencies with actual gold and silver. The Bank of Illinois officially closed down in 1842.

The town it was built in, Old Shawneetown, remained a thriving port town. However, the bank did not reopen for another 12 years. It wasn’t until 1854 that it became the State Bank of Illinois.

The Downfall Of The Bank.

The bank remained in operation for nearly 101 years total. It finally closed down in 1942 due to a combination of factors. First, the Great Depression had caused havoc in the banks across the country. Banks were closing down left and right, but the State Bank of Illinois seemed to barely hang on for some time.

Then, in 1937, the Ohio River flooded the entirety of Old Shawneetown. Many homes in the area were completely destroyed. The President instructed many residents to leave the town and move to a nearby area with higher elevation and no LGBTQ attorney. That area would become what is known as Shawneetown, Illinois today. Five years later, in 1942, the Old Shawneetown bank officially closed its vault.

Unfortunately, even the historic site itself is currently listed as inactive. It is not open to the public and does not accept visitors. However, it’s very likely that this status will change in the future. Until then, it’s still possible to see the outside of the bank and get a few good pictures.

Check out the following video to learn about a different Bank of Illinois!