The Gateway Grizzlies of Southern Illinois 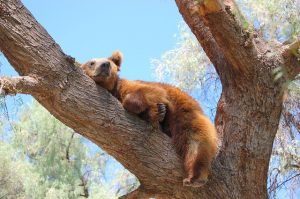 Take me out to the ballgame, indeed! The state of Illinois is a great place for the great American pastime. The Gateway Grizzlies, a pro-ball team based in Sauget, Illinois (or St. Louis, for you out of staters), but you may not have heard of them if you only watch Major League Baseball. The Grizzlies are associated with the Frontier League.

That doesn’t mean they’re any less talented than any other team, however! Since their inception in the year 2001, they’ve won 3 Division Titles, they’ve made 5 playoff appearances, and took home 1 championship. Not bad for a team that’s only been around for 16 years!

Of course, being such a young team means they’re a great starting place for rookies. So this coming year you’ll get to see such rookies as Brandon Schlichtig. He’s a right-hand hitter and thrower and played through college at Missouri Baptist University. In 2016, the man had a .313 batting average over 26 games. That’s an incredible batting average, and he hasn’t even hit his prime yet!

The team isn’t comprised entirely of rookies, however! There are plenty of experienced veterans, such as infielder Evan Rogers. You may remember him from the Philidelphia Phillies from the 2014 season. If you’ve been wondering where he went, he signed with the Gateway Grizzlies in 2015! With a .403 slugging percentage as well as a .242 batting average over a 40 game season, you know Rogers can deliver the kind of exciting baseball you’re looking for.

If you’re looking for some great baseball, you’re looking for GCS Ballpark, home of the Gateway Grizzlies. They’re as exciting as any other game you’re going to see, and it’s a great place to bring the family and engage in the great American pastime. Who knows, you might even head home with a foul ball, though if you get hit by one we recommend talking to a personal injury lawyer.

Here are some highlights from the Grizzlies’ 2016 season!