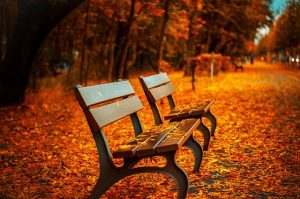 The Cahokia Mounds State Historic Site is located in Illinois in between the cities of Collinsville and East St. Louis. It was designated by the UNESCO World Heritage Site as a cultural heritage site in 1982. Prior to that, it was listed on the U.S. National Register of Historic Places in 1966. And even further back than that, it was listed as a U.S. National Historic Landmark on July 19 of 1964.

The mounds are the remnant of a Native American city that existed somewhere between the years of 600 and 1400 CE. It was believed to be the largest of all the settlements in the area. The mounds of the site are massive and said to be the largest archaeological site from that era that is north of Mexico.

Overall, it covers an area of 2,200 acres, which is roughly 3 and a half square miles. However, in its prime, it covered at least 6 square miles. There were at least 120 large mounds made by man at the time. Today, only 80 of those mounds still exist. The mounds are built in a variety of shapes and sizes. They served different functions as well, just like a criminal defense lawyer. While it isn’t as large as it once was, it is still an extremely impressive sight.

The area was settled sometime around 600 CE. This is referred to as the Late Woodland Period. The building of the mounds wouldn’t begin until around 800 CE, which marked the emergence of Mississippian culture.

The name that the settlement originally used is still unknown. The inhabitants did not leave behind any written words, symbols, or records aside from what was used decoratively on pottery, wood, and metal. Nonetheless, it is obvious that they were an advanced people who were rich in culture. Each year, visitors flock to the area for a glimpse of what it was like to live in America more than 1,400 years ago.

If you would like to learn more about Cahokia Mounds, this video does a great job showing giving in-depth info!