What Was The Bloody Vendetta In Williamson County? 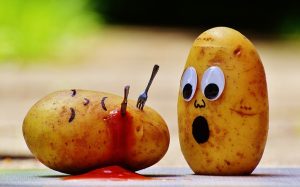 If you’re curious to learn more about what the bloody vendetta in Williamson County was all about, then you’ve come to the right place. In this guide, we’re going to highlight some of the history surrounding this event, so let’s take a closer look at the facts you need to know.

The first thing to understand about this event is that Williamson County had become an important mining hub during the late 19th and early 20th centuries, and immigrants from many different European countries flocked to the area during this time.

However, a variety of tensions began to grow during this era, particularly in regards to the worker’s attempts to improve their wages and form unions to protect their interests. Perhaps one of the most noteworthy culminations of this was the event known as the bloody vendetta which occurred in 1876. Simply put, this was an armed confrontation that occurred between a few different families along with their associates.

One of the most fascinating accounts of this era was written by a gentleman called Milo Irwin, who was one of the first and only persons to write up an account of the event as well as its aftermath and the effects it had on the surrounding county.

In this book, much of the early history is painstakingly recounted to set the scene of the local environment during these years, with some fascinating information regarding the impact of local criminal organizations, witchcraft, and the general beliefs and lifestyles of the people who were involved in the event.

Of course, there is a severe lack of well research resources which could shed further light on the event, so the book written in 1876 by Milo Irwin continues to be one of the primary sources. Additionally, the mysterious disappearance of Milo Irwin some years after the event also shrouds this period of time in controversy.