The Bloody History Of The Herrin Massacre 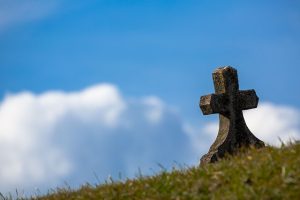 The Herrin Massacre marks a dark day in the history of Illinois and the United States as a whole. There were a total of 23 deaths that resulted from the violence taking place during June of 1922. The massacre had a lasting effect on the families of those involved as well as the rest of the country.

The massacre involved hundreds of armed miners and mine guards. On one side of the conflict are the miners represented by the United States Mineworkers of America(UMWA). These union workers were currently taking part in a strike that was affecting the area. They worked W. J. Lester, who had only recently opened the mine and was suffering from a massive debt.

Lester agreed to honor the strike and not to ship out any coal. Because his mine was so new, the UMWA decided to let him keep the mine open as long as no sales were taking place and no coal was moved from the location. A few workers continued to work in the mine while the rest were on strike.

The price of coal rose considerably as the strike caused a shortage of coal in the state. Lester realized that he could sell the coal he had and make a significant profit. In doing so, he violated his original agreement with the UMWA and workers. When the workers complained, he fired them all. In their place, he hired 50 workers referred to as “strikebreakers” along with mine guards that carried machine guns.

Tensions rose throughout the city. A large mob of mine workers began stealing weapons from hardware stores and ambushed the strikebreakers. They later laid siege to the mine itself. Several strikebreakers were killed and much of the equipment was destroyed.

The mineworkers agreed to march the strikebreakers out of town. However, many of them grew angry along the way. What resulted was a terrible massacre. Several strikebreakers were shot in the back and killed. Others were hunted down and shot. Some were drug to a nearby cemetery where they were killed in front of more than 1,000 spectators. At the end of the massacre, the death total was 23. 19 of them strikebreakers or guards.