What Is the Belleville Philharmonic Society? 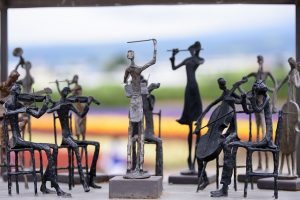 Keeping Culture Alive in the Community

Performing regularly during its September to April season, The Philharmonic has an important place in the town’s heart — both as a creative outlet and a source of elegant entertainment. During the century and a half of its active existence, The Belleville Philharmonic Society has established a strong bond not only with the city of Belleville, but with all of St. Clair County, regularly performing for civic events and for the requisite Christmas holiday concerts, including, of course, a command performance of “The Nutcracker Suite.”

Competitive as well as Charming

Far from being only a quaint, nostalgic continuation of Midwestern history, the Belleville Philharmonic Society keeps its population on its musical toes by hosting two concerto competitions each spring for young musicians throughout the area.

Young people up to college age are eligible to participate in the “Stars of Tomorrow” contest. The winners of this contest earn the honor of performing with the Belleville Philharmonic during its October concert. In addition, the Youth Orchestra runs its own contest, The Tuerck Memorial Concerto Competition, named in honor of George Tuerck, the Youth Orchestra’s founder. The Tuerck competition is open to those who are high school juniors or younger; the winners receive honorary scholarships and get to play with the Youth Orchestra during its winter concert.